Who's This Who On The Block? 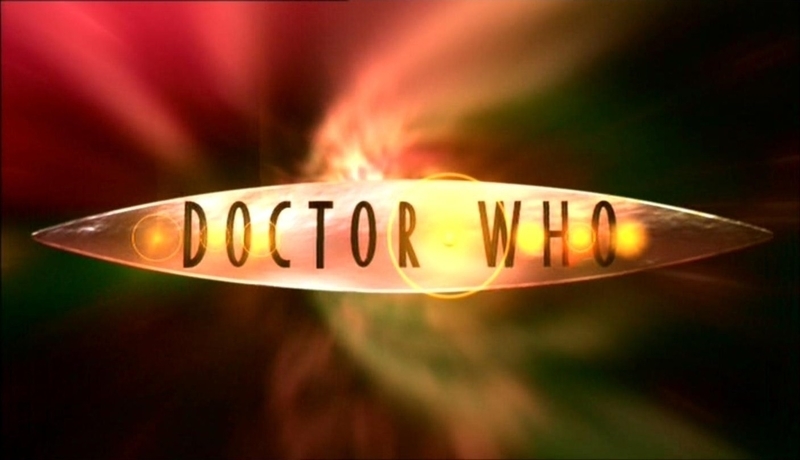 In our swatch of the fabric of Time and Space, there is hardly a series that goes unseen on the radar of Geeks thanks to the internet and social media. Regardless of a series' country of origin, if there are fans, there is word of mouth, sparked interest and new viewers. This goes especially well for the little series that could, the BBC's lasting darling, Doctor Who. Originally airing in the UK on the BBC network on November 23rd, 1963 with a delay to its air time due to the JFK assassination the previous day. The series was meant to appeal to a family audience as a program by using time travel as a means of scientific exploration and visiting snap shots in history.

Though the Doctors of these eras would go on to be a welcomed visitor in the lives of families for 26 seasons, viewership began to steadily waver and network execs decided it best to hold production on the series. While it was technically canceled, the network would not give up its Phone Box traveling sweetie easily. An attempt was made to revive the Time Lord and their series in 1996 with a TV movie that did well in the UK---an impressive 9.1 million viewers---though it did not fair well Stateside. It was deemed to not have a world-wide appeal at the time, so the rebirth of the Doctor would wait a full ten years to bloom into our world in 2005 with “Rose”; the dawn of a new series that would continue the story of the first 26 seasons and the TV movie with new characters. It was, in space essence, The Next Generation of the Doctor Who franchise.

With “Rose”, what we all know today as Modern Doctor Who flew back into the main stream with the WHRR WHRRR WHRRR of the TARDIS. Personally, through my adult life as a woman who has participated in fandom for large chunk of her existence, I've run across Whovians and their Timey Wimey appreciations. Over the years, I have had well-meaning friends who have tried to get me into the series by having me watch their favorite episodes.

But it seemed, at times, drier humor than I was accustomed to---British wit escapes me---and at other times it was far too cheesy. Not in a way of “cheesy is bad”, more so in the way of, perhaps, Xena: The Warrior Princess being the cheese I adored. Here I was, a gal having grown up with Cheddar being introduced to Stilton for the first time. She who hasn't heard the “You have to start with This Doctor on Episode X (or Y or Z) to really get into it” speech, throw the first scone!

Since cheese like Xena has always been more my thing, when it was announced that Jodie Whittaker would become our newest generation of Doctor as the first woman to helm the character in the television series as opposed to a radio play, my proverbial ears perked themselves. While I've had missteps in attempts to begin the series previously, I find myself pouncing to news about the new series like a baby meerkat following a laser pointer. With this in mind, I've decided to attempt a bit of an experiment, dear reader. With the Thirteenth Doctor's series set to begin sometime this fall, October being the theory post SDCC 2018, I will attempt to crack open this saga.

I will watch the modern era Who, from the first episode until the latest episode to fully immerse and prepare for Whittaker's take on the beloved SCI-FI hero(ine). During which I will do my own reviews and reactions to every episode; a newbie's steps into learning all about this mysterious alien. So, then, sit back and relax as I join the Doctor through this modern series.

I hear it's bigger on the inside.

Episode One, Season One: 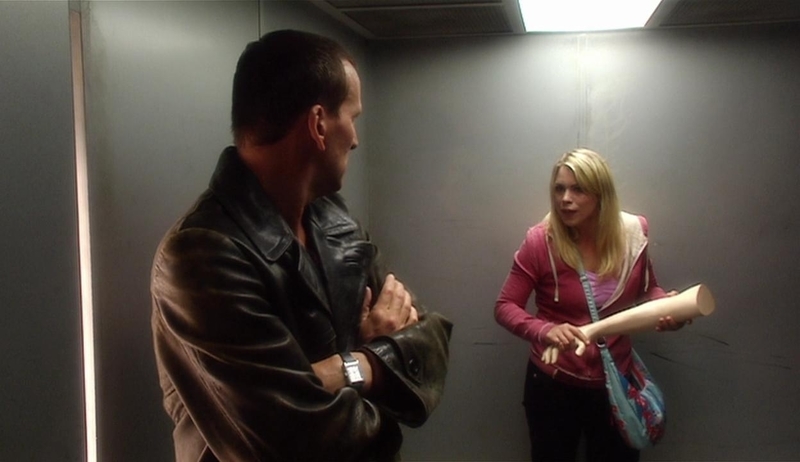 First things first, I am drop kicked by the visual style that was so prevalent in '05 era television;  as if everything must look like an MTV Music Video. Visuals aside, we are introduced to seemingly mundane Rose. A twenty something woman living with her mom in a flat and working retail at a Nordstrom clone. She seems very familiar. I've known gals like her and, in some ways, I've been her. Her life doesn't seem all that bad, just normal. I rather like the narrative shift of Rose leaving her daily life behind to go into her store catacombs to drop off money. It's eerie and dank in a way that if you've worked retail and had to close or do a floor set at ungodly hours of the morning would understand. Setting off to follow creepy sounds, Rose draws me further into this atmosphere than I thought I would be.

The mannequins of the store are every gym rat's worst nightmare; what if the kick boxing dummy boxed back?! It's ridiculous but a fun way to introduce Christopher Eccelston's Doctor to pull Rose away from these monsters whilst literally disarming one.

His wit with her is charming and a touch sarcastic but, hey, he saves her life and destroys a beacon that was controlling the plastic displays. Much to my prediction, Rose keeping said plastic arm comes back to pinch her in the butt the next morning. The Doctor finds Rose by tracking the arm, to which he is promptly attacked by it. This doesn't faze Rose as her boyfriend, Mickey, did the same gag the night before. After realizing it's all real, by having the plastic arm attempt to rearrange her face, Rose takes off after the Doctor.

It's here we're given our first taste of what this guy is. He talks of feeling the world's rotation as it's spinning thousands of miles an hour on its axis. He waxes poetic of wars that happen beneath humanity without their knowledge. Then he just takes off in a blue box, whirring sounds in his wake, and Rose is left to her own devices. I appreciate in this weird moment, like any good millennial, she takes to the internet to find information on “The Doctor blue box”. Shockingly running across someone who does have some information about this man, Rose drags Mickey to this gent's house to talk.

I would have to say this sequence of events is both my favorite of the episode and the low point of the episode. Rose, having gone inside to talk to a man about the Doctor, is privy to a nod to the series' history being tied to the Doctor very well. This man, Clive, perhaps having had his own run with the Doctor, shows Rose images of this him throughout history. One being the Doctor present the day that JFK was shot; the day before the very first episode aired. 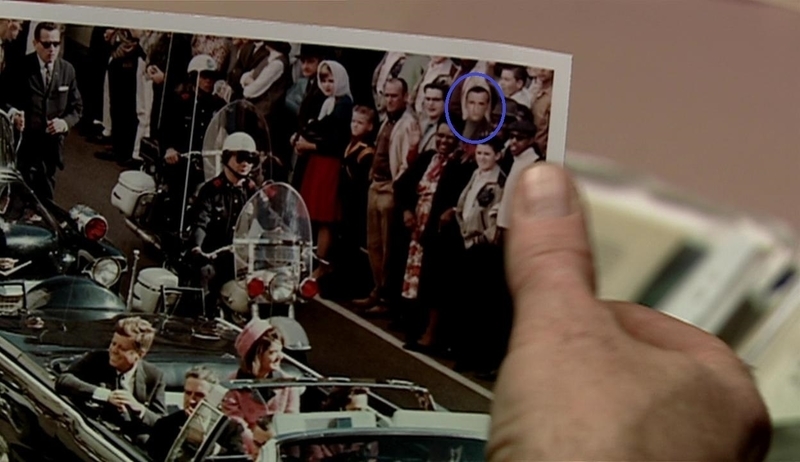 I see you, new Who. I see what you're doing and I think it's nifty.

Clive states, “The Doctor is a legend woven throughout history. When disaster comes, he's there. He brings the storm in his wake”. It's a fascinating way to describe the Doctor—and series--- history in a nuanced half-truth that gives both the audience and Rose just a nibblet of what it all means. A perfect hook for an episode that, for all intents and purposes, is a pilot.

As this is happening, Mickey gets into a fight with a trash can and loses. The episode takes a weird step here, having Mickey confront the receptacle and lose so the living plastic entity kidnap him to create a plastic doppelganger to pump Rose for information. When she returns to Recycled Mickey—as I started calling him—she notices nothing amiss with him. Sure, he seems fascinated by the word “pizza” but nothing tips her off. It is painfully clear she doesn't care much about the poor guy here and neither does the script.

After the Doctor beheads this plastic doppelganger, we are shown Rose has a bit of empathy for Mickey as she laments about his kidnapping. It is a poignant moment as she wonders how she's going to tell his mum he's gone. The Doctor doesn't feel much empathy for Mickey, however, using his clone head to find the source of the Nestene Consciousness, the alien responsible for the plastic coming to life. With the first uttering of “Fantastic!” the Doctor follows Rose's lead to find this alien. The pair find both the Consciousness and Mickey as the Doctor tries to deter the vat of goop from its invasion plans, so humanity can be left alone. His actions in the Time War make the Consciousness distrustful of him and, unfortunately, he is found to have a vial of anti-plastic on his person, something the Doctor states he wasn't going to use if he didn't have to. This makes the Consciousness start its invasion in full force.

In a fairly intense scene in a mall, all plastic comes to life to terrorize citizens, killing Clive---you bastards!---as we see the Doctor pleading for Rose to run. With nowhere to go and the TARDIS locked up, Rose makes a decision. She has nothing but her mum. No degree. No job. No future.

But a girl always has her skills.

Using her old gymnastic skills from grade school, Rose kicks the mannequin dummy holding the anti-plastic into the Consciousness, effectively saving the world. After getting them all to safety in the TARDIS, the Doctor offers Rose a choice; stay here and live your typical life or join him. Initially she declines, stating weakly she should care for Mickey. In the end, however, the woman is so tired of her typical life that she quickly chooses to leave. I suspect the swiftness of the decision might be an issue later in the series.

My level of enjoyment is far higher than what I expected for the episode. I do have my issues with weak points of writing but, for my first step in, I would consider this a success. Rose as a companion is relatable in ways but infuriating in others while Eccelston's Doctor seems to be a cool mystery. I am seeing glimpses of why this is such a cult favorite.